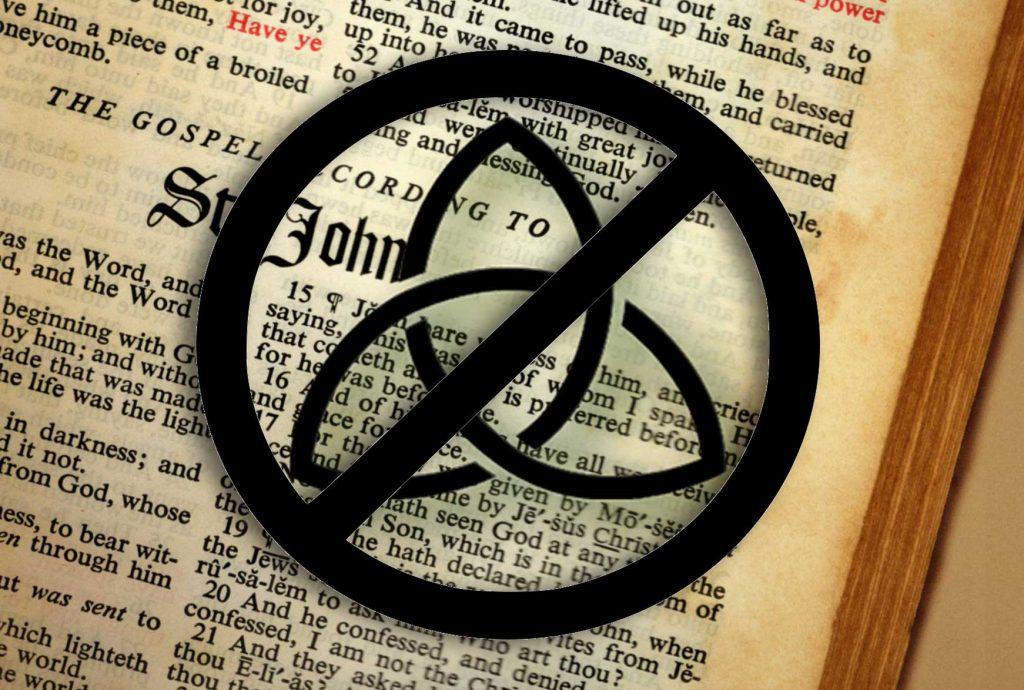 5 Reasons the Gospel of John is Not Trinitarian

The Gospel of John is thought to contain the strongest evidence for the traditional view that Jesus Christ is the second member of a Triune God. From John’s famous prologue to the declaration of doubting Thomas, there certainly appears to be a trove of prooftexts available to the Trinitarian.

But in the process of focusing upon these passages, apologists often neglect other statements in John that flatly contradict the very case they are trying to make. In this article, we will look at five key verses in the Gospel of John that should give any objective Bible student pause for thought.

Jesus made a simple yet profound statement about his identity: he is a man. More than that, he tells his opponents that he is someone other than God. The apostle Peter makes a similar unqualified statement at Pentecost, announcing that Jesus was “a man attested to you by God” (Acts 2:22).

The common defense that Jesus is merely referring to his human “nature” imposes a doctrinal framework upon the text that was utterly foreign to his original audience. The doctrine of the Hypostatic Union, also known as the “Dual Natures” of Christ, arose long after the New Testament and was not finalized until 451 AD.

This post-Biblical system was devised by men who interpreted the New Testament according to a Greek philosophical framework. By contrast, Jesus’ first century Jewish audience interpreted his statements through the lens of the Old Testament scriptures, which identify YHWH God as the Father – a singular personal being who created mankind (Mal. 2:10).

Biblical Judaism defines “man” and “YHWH” as mutually exclusive categories (Num. 23:17-19). Thus when Jesus called himself “a man” and distinguished himself from God, his hearers understood him to mean exactly what he said: he is a human being, and so by definition, not God.

2. And this is eternal life, that they know you, the only true God, and Jesus Christ whom you have sent. — John 17:3

Jesus announced to his disciples that he regards the Father as the only true God. He then identified himself as the one anointed and sent by this only true God. The obvious implication is that Jesus is someone other than the only true God. Fifth century theologian Augustine was so troubled by this verse that he rearranged John’s words to suit Trinitarian theology:

Augustine’s objection is rooted in the fact that Jesus presented himself not as the second member of a three-in-one God, but as the human agent of Israel’s One God. This did not sit well with the theologian and ultimately led him to alter what was, in his Trinitarian view, an unpalatable statement.

3. God is spirit, and those who worship him must worship in spirit and truth. – John 4:24

In his encounter with the woman at the well, Jesus had a golden opportunity to explain the nature of God. Yet he did not announce to her that God is made up of three persons, one of whom merged with humanity to form a new category called “God-man.” Instead, he confirmed the ancient Jewish belief that God is the Father and that he is composed purely of spirit.

The Samaritan woman would have understood this to mean that God is a being who cannot be seen. By contrast, she could see Jesus standing right in front of her. Furthermore, Jesus had just identified this invisible God as someone else. Thus, when she testified to the people in her town, she did not identify Jesus as God, but as God’s human Messiah (Jn. 4:29).

The apostle Paul likewise identifies God as an invisible spirit, and Jesus as the “image” of this invisible God (Col. 1:15). Paul’s terminology identifies Jesus as a human being, since he states elsewhere that man is the “image” of God (1 Cor. 11:7). This draws from the Genesis creation account in which Adam is made in God’s “image”; Paul categorizes Jesus as the Second Adam who perfectly reflected God’s image by remaining obedient unto death (Rom. 5, 1 Cor. 15).

The resurrected Jesus told Mary Magdalene that he is about to ascend to his God. By very definition, Jesus cannot be the God that he has. Moreover, he places himself exclusively in the category of humanity by telling Mary that they both share the same Father and worship the same God.

After his ascension, Jesus again referred to the Father as “my God” no less than five times in the book of Revelation (3:2,12). Because Jesus continues to have a God in his resurrected state, Paul routinely talks about “the God and Father of our Lord Jesus Christ” (Rom. 15:6, 2 Cor. 1:3, 2 Cor. 11:31, Eph. 1:3). Jesus worships his God YHWH to this day, and in so doing, shows himself to be someone other than YHWH.

5. But these are written so that you may believe that Jesus is the Christ, the Son of God, and that by believing you may have life in his name. – John 20:31

At the end of the book, John stated that he wrote his gospel to confirm the true identity of Jesus. If he had previously been hinting that Jesus is in fact God himself, this is the climactic spot where we would expect John to declare it outright. But instead he wanted his readers to believe that Jesus is “the Christ” and “the Son of God.”

The word “christ” simply means “anointed one.” The Hebrew equivalent is the word mashiyach, which is frequently applied to prophets, priests, and kings, and ultimately to the prophesied Messiah who would establish the kingdom of God on earth. The Messiah is always distinguished from YHWH in prophecy, since YHWH is the one who anoints and never the anointed one (Ps. 2:2, Ps. 45:7, Is. 61:1).

In his position of right-hand authority, the Messianic King is on rare occasion called “God” in a secondary and representational sense, as we see in Psalm 45:6-7.2 Dallas Theological Seminary professor Thomas Constable says of this passage that was later applied to Christ:

The writer addressed his human king as “God” (Elohim). He did not mean that the king was God but that he stood in the place of God and represented Him. Compare Exodus 21:6; 22:8-9; and Psalm 82:1 where the biblical writers called Israel’s judges gods because they represented God. This is an extravagant expression of praise for the king. God had blessed this king because he had represented the Lord faithfully by ruling as Yahweh does.3

This representational use of the title “God” signifies the exalted status of the Messianic Son of God, but in no way suggests that he is literally YHWH himself.4 Indeed, Old Testament prophecy always depicts the Son of God worshipping YHWH as his own God (Ps. 45:7, Mic. 5:4, Is. 49:5) – and Jesus fulfills this every time he identifies the Father as his God (Jn. 20:17).

Trinitarian theologian Douglas McCready admits that “[w]hile some have used the title Son of God to denote Jesus’ deity, neither the Judaism nor the paganism of Jesus’ day understood the title in this way. Neither did the early church.”5 Moreover, the titles “Christ” and “Son of God” simply do not hint at deity. To the contrary, they identify Jesus as someone other than God.

These five texts in the Gospel of John contain simple and explicit statements about the identity of Jesus, the identity of God, and the nature of the relationship between Jesus and God. The Trinitarian doctrinal system claims that such statements cannot be taken at face value; they must be reconciled with other texts in John’s gospel that allegedly identify Jesus as YHWH God himself. The question, then, is whether or not the Trinitarian reading of these other texts is correct.

The systematic interpretation of the so-called “deity of Christ” texts in the Gospel of John evolved over a period of several hundred years through a group of erudite Gentiles who approached scripture from a Greek philosophical background. These interpreters rarely if ever attempted to discover how first century Judaism might have understood such texts; instead, they turned to philosophical notions such as nature and essence to create a metaphysical – and mind-bending – system that attempts to merge humanity and deity.

But we are wise to see if these texts can instead be understood in a way that is consistent with the rest of the Gospel of John and the Hebraic background out of which it arose. To that end, the most popular “deity of Christ” prooftexts in John’s gospel are listed below, along with suggested resources that interpret them according to their own Biblical and cultural context:

Jesus Came Down From Heaven

The Father and I are One: An Examination of John 10:30

My Lord, and my God: Trinitarians get it wrong