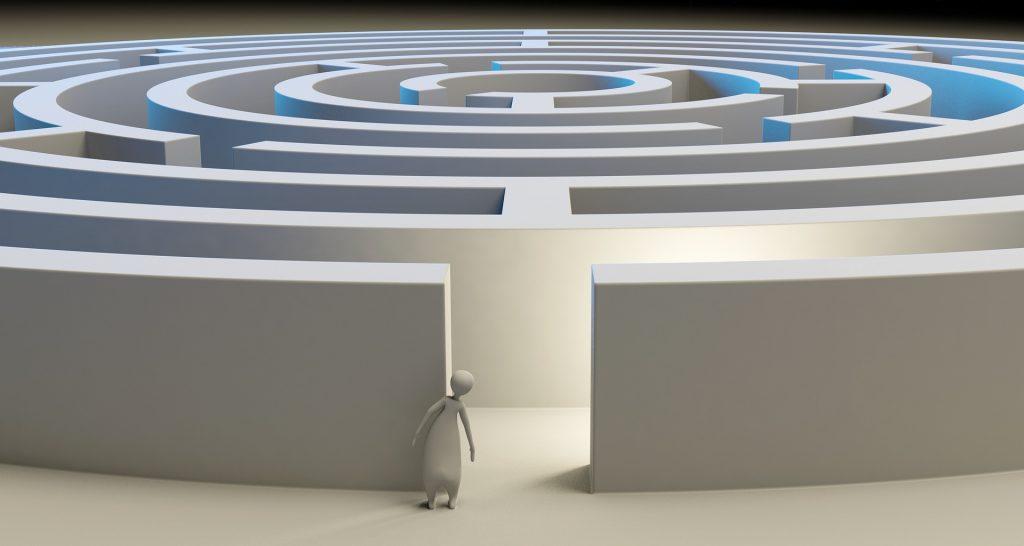 Perhaps I’m an unlikely investigator. As a nearly lifelong Southern Baptist, I’ve never once doubted that I should believe what the Bible says about the Father, Son, and Holy Spirit. And as someone who tends to avoid conflict, I’ve never really been inclined to rock the theological boat. Yet my struggle to understand how the “One God” of Israel (Deut. 6:4) could be composed of three persons eventually led me to conduct a full-blown doctrinal investigation that I now share with you.

Let me first briefly sketch my testimony. I received the Lord Jesus as my Savior as a six-year-old girl after asking my Daddy some very serious questions about sin and salvation. In short order I was exhorting all of my neighborhood friends to repent with a zeal that would have made Billy Graham proud.

As I grew into a young adult, however, my initial enthusiasm gradually gave way to spiritual waywardness. Beneath the stereotypical “good” Christian veneer lay an increasingly rebellious heart. In sum, by my early twenties I had turned my back on God and was headed in the opposite direction.

About this time I was confronted with a series of health and relational circumstances that effectively upended my world. In retrospect, it was the best thing that could have happened to me. I became painfully aware of the fact that I had no hope of facing life’s valleys in my own strength. I turned back to my Creator and threw myself upon his great mercy – and when he graciously met me there I devoted my life to him from that point forward.

In the wake of my renewed faith I decided to switch to a different church denomination. I’d never ventured outside the Southern Baptist camp before, and I quickly discovered that other mainstream denominations can have dramatically different interpretations of the same Biblical passage. Obviously they couldn’t all be correct. What then was the truth?

That simple question ignited in me an abiding passion to understand the Bible according to its original first century context. Renowned theologian J.I. Packer has summed up my conviction well:

We do not start our Christian lives by working out our faith for ourselves; it is mediated to us by Christian tradition, in the form of sermons, books and established patterns of church life and fellowship. We read our Bibles in the light of what we have learned from these sources; we approach Scripture with minds already formed by the mass of accepted opinions and viewpoints with which we have come into contact…
It is easy to be unaware that it has happened; it is hard even to begin to realize how profoundly tradition in this sense has molded us. But we are forbidden to become enslaved to human tradition…We may never assume the complete rightness of our own established ways of thought and practice and excuse ourselves the duty of testing and reforming them by the Scriptures.
J.I. Packer, Fundamentalism and the Word of God, pp. 69-70

So I began to examine more closely the doctrines I’d inherited from my own denominational tradition and also from wider church tradition, to see how they fared under objective Biblical scrutiny. One of those doctrines was the doctrine of the Trinity.

Growing up immersed in Christian culture, I’d always put my confidence in the many pastors, scholars, and theologians who have affirmed the doctrine’s correctness and centrality to the Christian faith. After all, it has been the official position of mainstream Christianity for some sixteen hundred years. Who was I to question that?

But over time unbidden questions did indeed tug at the corners of my mind. Why does scripture always refer to God with singular pronouns? How could Jesus pray to God and simultaneously be the God he was praying to? Why doesn’t the Holy Spirit have a proper name? Where exactly is the concept of a three-in-one God taught in the Bible?

There was a time when the ponderous weight of the Trinitarian tradition was sufficient to suppress my concerns. But in 2011, things were different. God had been progressively leading me toward a Berean approach to scripture – in Acts 17:10-11 the Jews in Berea were commended for accepting the good news from the Apostle Paul only after examining the scriptures for themselves to “see if these things were so.”

How could I truthfully say I believed the One God to be three persons when I wasn’t even sure this was a Biblical teaching to begin with? This propelled me into a meticulous  investigation of the doctrine of the Trinity that spanned several years.

I embarked on my journey with no small amount of fear and trembling. I was terrified at the thought that I might wander into heresy just by evaluating the doctrine for accuracy. But at a deeper level, I knew that like a witness testifying before a jury, the truth can and indeed should be able to withstand a thorough cross-examination.

If an objective evaluation of the evidence supported a Trinitarian interpretation of scripture, I would affirm that interpretation wholeheartedly, regardless of its complexities. My heart’s cry was simply for God to “teach me your way O LORD, that I may walk in your truth”  (Ps. 86:11).

During the course of my study I researched the historical origins of the doctrine in painstaking detail, and spent countless hours analyzing material by leading Trinitarian theologians such as James White, William Lane Craig, D.A. Carson, Robert Bowman, Wayne Grudem, John MacArthur, R.C. Sproul, John Piper, Simon Gathercole, and a good many others.

But I also examined an opposing view that likewise regards scripture as the authoritative word of God and seeks to understand it in its original context. I cautiously and carefully weighed this view against the Trinitarian persepective to see which one better harmonized the whole counsel of Scripture.

There were non-negotiables from the outset: I was and continue to be fully convinced that Jesus is the Christ and the sinless Son of God who was crucified for our sin, buried in the tomb, raised to life three days later, and permanently exalted to the right hand of God as Lord over all creation. And indeed the foundation of the opposing case is built upon precisely that criteria.

As a result of my investigation, I was ultimately compelled to change my views regarding the doctrine of the Trinity. On this site I share with you the fruit of this research into the nature of the Father, Son, and Holy Spirit. My hope and prayer is that you would simply give it a fair hearing and search out the matter for yourself to see if these things are so.

May God direct your path as you pursue the wisdom that he alone can give.